By guest blogger Christopher M. Reilly — How do you perform unlimited, unregulated experiments on thousands of human beings? Create them synthetically in a lab…

No, I’m not talking about conceiving human beings in a lab for procreative purposes. That has been done for decades in IVF, during which multiple embryos are conceived, but only one escapes death or indefinite freezing. This has also been done for experimentation purposes, especially as development proceeds at a breakneck pace to genetically engineer the earliest-stage humans.

In a moral compromise that is hardly moral, most governments require that human embryos subject to experiments be destroyed after about two weeks. The restriction irks scientists who want free rein to experiment for as long as they can gather new information, which presumably is an unending time period.

The solution to getting around the regulations is to actually create new, artificial embryos by combining stem cells in a Petri dish. This is entirely different than creating an embryo by using a sperm cell to fertilize an egg in a Petri dish.

Here’s how this new process works. During the embryonic period, a human naturally transforms from just a single layer of cells to a three-layer, differentiated organism. Those layers are the: 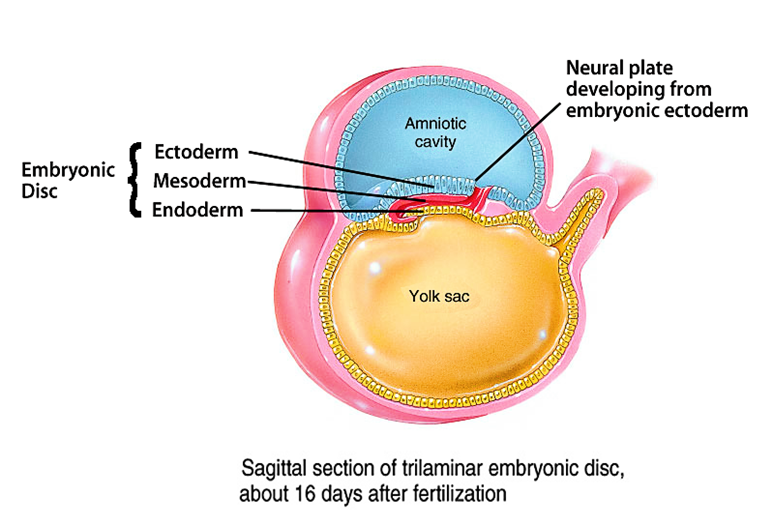 Over the last year, British scientists have been able to facilitate the fusion of these three types of stem cells to produce a mouse-like being (though it’s hard to say what kind of being it is) that successfully forms all three layers.

Scientists don’t consider the new being to be a full mouse embryo, because such beings have not yet succeeded in developing any further. But they claim to be “extremely close” in crossing this last major hurdle.

It is a fascinating and important moral question: Whether we should require such beings, when they are formed with human stem cells, to be treated with significant respect. We respect animals and our abstractly defined environment as having some sacred value and even attempt to confer legal personhood upon elephants, chimpanzees, lakes, and rivers. So what about beings that are “extremely close” to becoming human?

The possibility of forming synthetic human beings also takes the moral debate over genetic engineering to a whole new level. Human embryos are, in the intention of scientists, raw material for manufacturing a valued “future person.” A person who is given human status after the synthetic manufacturing process will be even more purely human-made.

When persons experience themselves as manufactured, a very important sense of connection to the divine will be severed. Our human dignity depends crucially on our experience of being created by God as a unique and loved human being. Our human identity and self-integrity depend on knowing that we are a “person” with a supreme value determined ultimately by our very existence, not by the intentions and desires of the human beings who made us.

Please pray hard for humanity. We are entering a phase of technological capabilities that will test our faith in ways never seen before.

Christopher M. Reilly authors the blog Human Preservation, on which this article was originally published. Christopher holds a Master’s degree in public affairs, with further graduate study in theology, bioethics, and political economy. He lives in the Washington, DC, area.