By Deborah Stilt — The COVID-19 pandemic is surging forward, threatening the medically vulnerable and greatly impacting the lives of people across the country and around the world. Schools and businesses are closed. Routine medical procedures are being delayed or cancelled. Yet abortion facilities are still open—some in direct defiance of orders to close. And in a backwards turn of events, pro-lifers following social distancing guidelines are being arrested or threatened with arrest for offering help and hope to moms and dads at risk for abortion.

Update 4/5/20: The arrest of David Benham of Cities4Life in Charlotte, NC, is the latest example of what is quickly becoming a dangerous nationwide trend. You can watch the Facebook video of Benham’s arrest here. 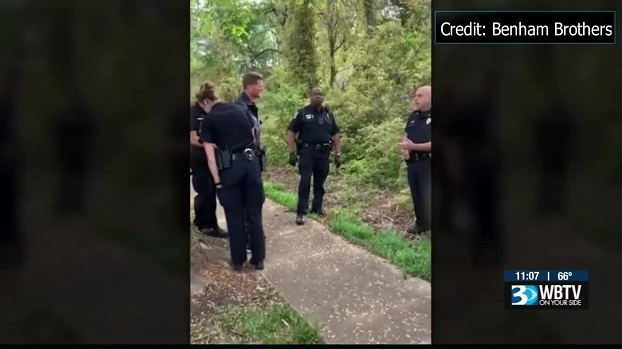 Cities for Life founder David Benham was arrested for praying and offering help outside a local abortion facility on Saturday, April 4th in Charlotte, NC

If you live in North Carolina, we strongly encourage you to reach out your representatives to respectfully express your concern for the constitutional rights of local sidewalk counselors and prayer supporters:

Pastor Keith Pavlansky, President of Personhood North Carolina, a Personhood Alliance affiliate that partners with Love Life Charlotte, had this to say about the recent arrests:

“After years of fighting court battles to allow Christians to be able to minister to women in desperate need near abortion facilities; now, the city of Greensboro has used the COVID-19 panic to launch an assault against pro-life ministers and against Constitutional rights. We need to pray for these brave men. And we need to petition the mayor and city council to stop this reckless attack on civil rights.”

In California, long-time sidewalk advocate Ron Kanopaski was approached on Wednesday this week by police who instructed him to leave. Officers told him that the act of sidewalk counseling was a violation of the city of San Francisco’s stay-at-home order, even though he was abiding by the 6-feet social distancing rules. Police told Ron that if he was there the next day, they would arrest him. Not to be intimidated, Ron and fellow volunteers from Pro-Life San Francisco returned on Thursday to advocate for the mothers, fathers, and babies inside the facility. Ron was indeed cited and arrested by police, and the other volunteers received written warnings with threats to be arrested if they return.

Terrisa Bukovinac, Executive Director of Pro-Life San Francisco, said they are working with their attorneys to ensure their constitutional rights as citizens are protected. She said that as long as abortion facilities are open in this period of crisis, pro-life advocates will be there to offer life-saving alternatives.

“During this time of crisis, our unborn brothers and sisters need us more than ever. We are not going to give up. We will respect the law, but we will NOT be silenced.”

In Milwaukee, Wisconsin, police responded to a call that sidewalk counselors were in violation of the state’s stay-at-home ordinance. At first, the officers allowed them to stay, but later they returned with four squad cars and threatened them with arrest if they did not leave the premises immediately. This incident alarmed pro-lifers throughout Wisconsin who worried about the prospect of arrest during a national emergency, as states throughout the country are closing courts and halting trials.

“The judges have all gone home. The courts are at a standstill. How long would it take before a case was even heard?”

Sidewalk counseling halted for about a week after the incident, but then resumed. Since that time, sidewalk counselors have been able to continue their work, though the prospect of shutting down their efforts remains. In the meantime, Pro-Life Wisconsin is petitioning Governor Tony Evers to shut down the state’s abortion facilities for the duration of the COVID-19 emergency order.

Minnesota: A call to shut down abortion facilities

Minnesota has had a different experience thus far. The state has a voluntary stay-at home order in place, and local authorities have allowed sidewalk counseling efforts to continue, provided social distancing is maintained. Brian Gibson, Executive Director of Pro-Life Action Ministries, said he believes this is largely due to coordinated efforts to build relationships with local police and city attorneys prior to the stay-at-home order going into effect. Police have monitored their activities, but sidewalk counselors have been free from harassment. 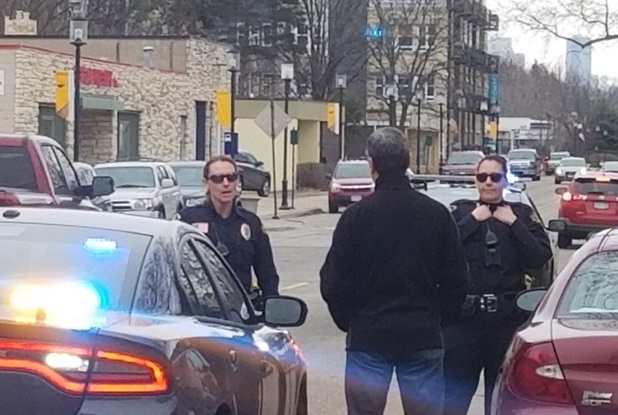 Pro-Life Action Ministries is urging people to contact Governor Tim Walz and the Commissioner of Health Jan Malcolm to demand that all abortions cease in the state, as they are “non-essential medical procedures” that consume vital personal protective equipment.

The abortion industry is in direct defiance

According to a press release from Faith2Action, nine Governors have issued direct orders to close abortion facilities in their states, but in Texas, a judge issued temporary restraining order on behalf of Planned Parenthood that prevented those orders from being carried out. The federal Fifth Circuit Court of Appeals reversed the Texas’ judges decision and allowed the abortion ban to go back into effect. However, sidewalk counselors in Texas are reporting that abortion facilities there are continuing to operate, despite the federal order to cease.

While Oklahoma and Iowa have mandated that abortions stop, their citizens remain at risk from neighboring states who have not. Kentucky, Louisiana, Mississippi, Tennessee, and Indiana have issued direct orders to close their state’s abortion facilities, but the abortion industry continues to defy those orders, putting the states and nation at risk.

In Mississippi in particular, Governor Tate Reeves has said the sole abortion facility in Jackson is not exempt from the state’s health directive, which declares that “given the ongoing spread of COVID-19 in Mississippi and the shortage of protective medical equipment, elective medical procedures and non-essential medical visits must be postponed at this time.”

Because the Jackson facility continues to perform abortions in defiance of the state’s order, the American Family Association is calling upon Governor Reeves to issue an executive order that specifically bans abortions in Mississippi.

So far, 12 states have attempted to outlaw abortion during the crisis, while 13 states have done the opposite and specifically included it on their list of “essential services.” Despite the obvious risk of spreading COVID-19 through these facilities, as well as using up critical medical supplies and personal protective equipment, abortions continue nearly everywhere—either through activist judges or in direct defiance of the orders.

Such was the case in Ohio, where Personhood Alliance affiliate Cleveland Right to Life was involved in successfully persuading Governor Mike DeWine to shut down abortion facilities. Ohio abortion facilities refused to obey the order, then received an injunction from a federal judge allowing them to continue.

A call for help

Such defiance at the state level is causing activists to reach out for help. Janet Porter, President of Faith2Action, is joining with more than 100 national leaders and 30,000 medical professionals in calling for the abortion industry to close to stop the spread of COVID-19.

“We call on President Trump and Vice President Pence to shut the door to the coronavirus by shutting the doors of the abortion industry before the virus spreads even further. In a pandemic, a double standard is deadly.”

A call to remain standing

As the pro-life movement works to shut down abortion facilities state-by-state, we must also stand with sidewalk counselors and prayer supporters who are on the front lines of this battle. Sidewalk counselors and prayer supporters have a constitutional right to assemble and to exercise free speech, including during the COVID-19 crisis. We must be responsible to follow social distancing guidelines, and we must be respectful of our state health department rules.

But we must also REMAIN STANDING. 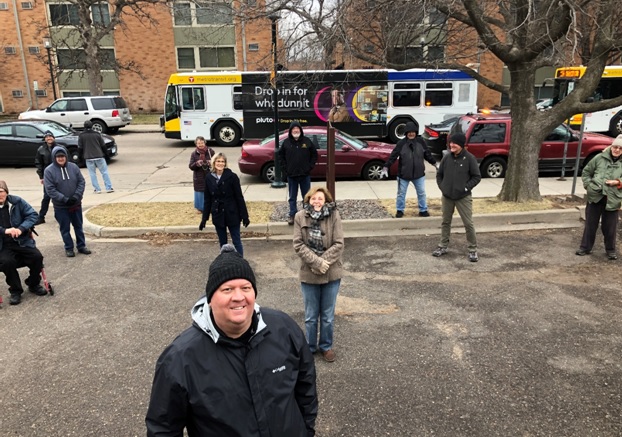