Post-Roe is here: COVID-19 and efforts to ban abortion

By Sarah Quale — The abortion industry is calling states’ efforts to temporarily halt abortions amidst the COVID-19 pandemic “a little peek through a post-Roe window.” They’re prepared for battle. Are we?

As states in the South and Midwest seek to temporarily ban abortion as “non-essential” surgery during the COVID-19 pandemic, abortion providers are warning of “an emerging public health crisis.” These states are attempting short-term bans on surgical abortions through governors’ emergency orders and lawsuits directed at pro-abortion governors and health department officials, like the one against Minnesota governor Tim Walz by the Thomas More Society.

Courts have blocked most states’ efforts to deem abortion a “non-essential medical procedure,” and some judges have forced states to carve out specific exceptions. In all the confusion, women are traveling across state lines to obtain surgical abortions, just like they will if Roe v. Wade is ever overturned. At the same time, leaders of a new wave in the abortion rights movement are scrambling to shift this post-Roe future to the present.

The Personhood Alliance first exposed this new wave in our groundbreaking analysis, “Game-Changer Questions Every Pro-Lifer Should Ask About the Guttmacher Report.” In that report, we told you about the dangerous push for “self-managed,” do-it-yourself abortions via the abortion pill. This trend, along with a steady increase in chemical abortions – which now make up 39% of all abortions and half of first trimester ones – is a phenomenon that much of the pro-life movement is ignoring at its own peril, especially during the COVID-19 crisis. 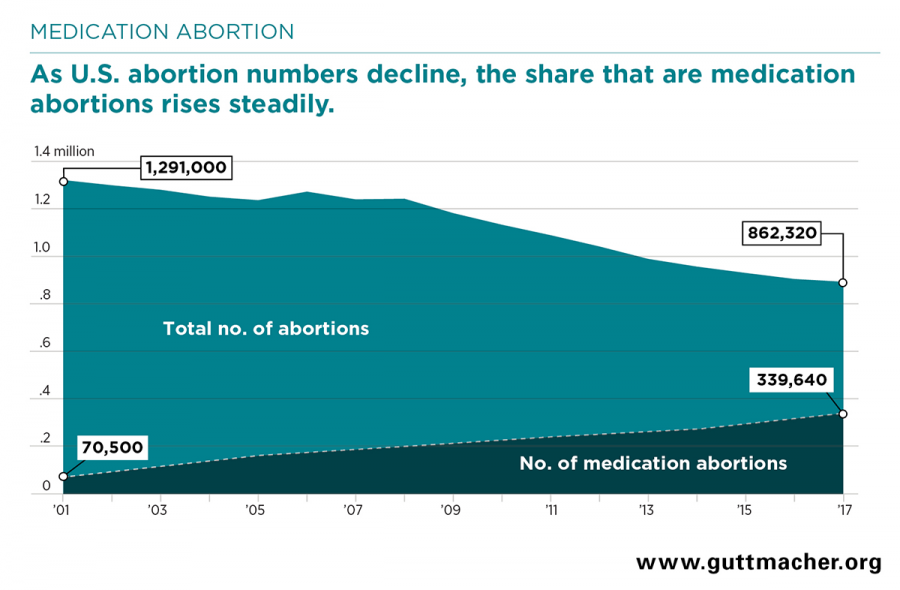 As shown in the chart above, chemical abortions (through the abortion pill) now make up 39% of the total abortions performed. 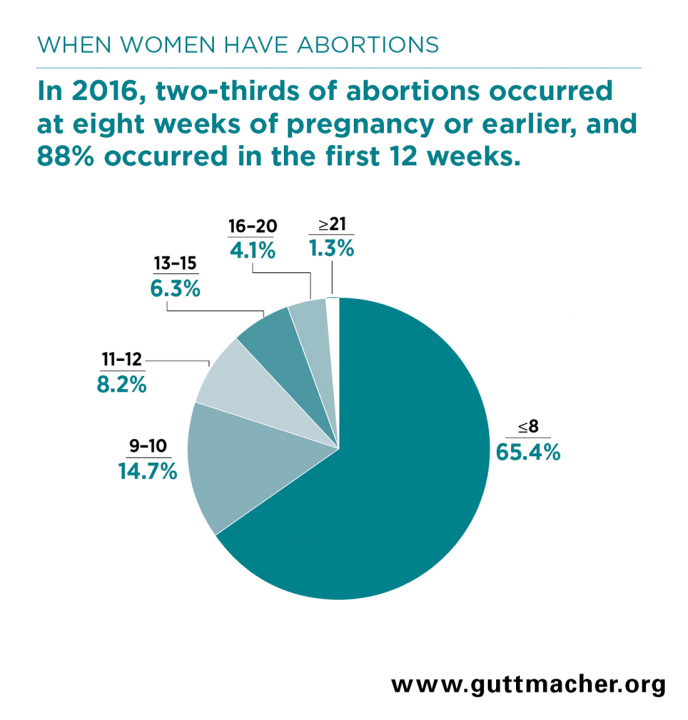 As illustrated above, of total abortions performed, 88% happen in the first 12 weeks. Of that 88%, almost half are done via the abortion pill.

Don’t be fooled by the abortion industry’s inflammatory rhetoric that the pro-life movement is creating “a health crisis within a health crisis” by attempting to ban most surgical abortions. Chemical abortions will increase beyond 50% of those in the first trimester, because the abortion industry is specifically working to increase them. Here’s how:

And COVID-19 just gave all of this a big shot in the arm.

On March 30th, 20 state attorneys general sent a letter to FDA commissioner Stephen Hahn and HHS Secretary Alex Azar urging them to loosen the “onerous and medically unnecessary” restrictions on mail-order access to the abortion pill so that women and girls can abort their children without leaving their homes. “No woman should be forced to risk her life while exercising her constitutional right to an abortion,” noted NY attorney general Letitia James, who signed the letter.

Government leaders in many other countries, notably those in the UK, are allowing DIY abortions on “a temporary basis” while social distancing and stay-at-home orders remain in place. It may not be long before abortion-friendly states in America follow their lead.

But, like every other aspect of American society, COVID-19 is wreaking havoc on the abortion industry. The International Planned Parenthood Federation reports widespread facility closures throughout the world. In America, Planned Parenthood facilities have been decimated in areas hardest hit, like New York, where dozens of facilities have closed and hundreds of staff have been laid off or furloughed. What’s more, the national Planned Parenthood Federation of America was excluded from receiving funds as part of the Emergency Small Business Loan program of the Coronavirus Aid, Relief, and Economic Security (CARES) Act.

We should certainly celebrate when a facility that kills pre-born children is closed or denied taxpayer funding, but in the context of the new wave of DIY abortions, this may actually help raise the tide.

And what of our pro-life efforts in the context of COVID-19?

COVID-19 in a pro-life context

This pandemic has dramatically impacted our health care system, our economy, our schools, our families, and our mental and spiritual welfare. COVID-19 is being used to inject more panic and fear into an already desperate situation for women and girls. At the same time, abortion pill reversal efforts are continuously demonized, even though a record number of calls have come in to the Abortion Pill Rescue Network’s national hotline during the COVID-19 crisis. The Christian Post reports that, in the month of March alone, 105 mothers started the process of halting their chemically-induced at-home abortions after they called the hotline.

Yet, pro-abortion organizations like the American College of Obstetricians and Gynecologists are using our current healthcare crisis to further embed into the public mind the idea that abortion is a fundamental reproductive right that must not be infringed.

This is why we must refuse to concede to any argument that allows abortion to remain in the realm of legitimate health care.

Remember, 88% of abortions occur in the first trimester. Half of those are chemical, and they’re increasing through the abortion industry’s intentional efforts.

Instead, we must refocus once again on carrying forward this critical message:

Abortion is not health care. It is the violent destruction of innocent human life, no matter how it’s done or at what stage of development.

Abortion is not essential. It is, in fact, never medically necessary. Any treatment during pregnancy that attempts to save the life of the mother, but that results in the unfortunate death of the pre-born child, is a tragedy, not an abortion.

We must never allow incremental steps, no matter how well-intentioned, to end up making our task to end all abortion more difficult. All abortion must be stopped, everywhere, permanently.

3 comments on “Post-Roe is here: COVID-19 and efforts to ban abortion”