By Deborah Stilt — Despite opposition from his own party, Christopher Kurka, founding board member of the Personhood Alliance and former executive director of Personhood Alliance affiliate Alaska Right to Life, was elected to the Alaska House of Representatives. Kurka will fight to end abortion funding and pass a Life at Conception Act to advance no exceptions, no compromise personhood principles.

Christopher Kurka is no stranger to the pro-life movement. The son of pro-life activists, Kurka likes to say he was “born into this work.” At a young age, he began working with Alaska Right to Life, and quickly ascended to Vice President and then Executive Director. Kurka was a founding board member of the Personhood Alliance, of which Alaska Right to Life is a founding affiliate. Christopher’s essay, “The Myth of Judicial Supremacy and the Nullification of Federal Tyranny” is featured in the Personhood Alliance’s book, Personhood: The Tree of Life. He is also sponsoring Alaska’s Life at Conception Act, HB178. 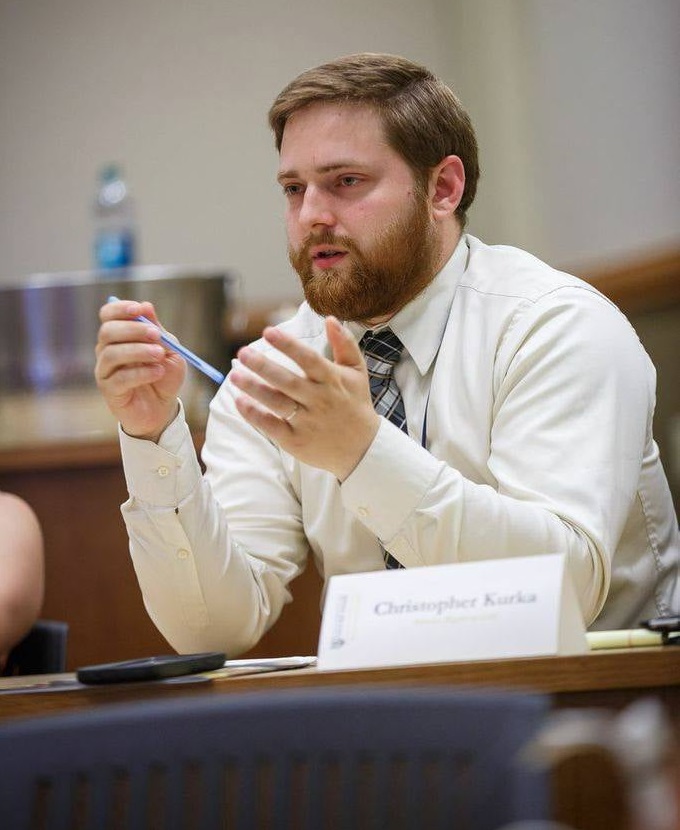 Opposition from his own party

“Much of Alaska’s political class really don’t want to touch [abortion].  It’s a devastating reality and one that I am committed to change.”

Kurka ran as an unapologetically pro-life candidate—someone whose track record shows he will offer more than the mere “lip service” to ending abortion in Alaska. Kurka ran in the District 7 Republican primary against Lynn Gattis and faced opposition at the state and national level due to his no-exceptions stand for life. The State Central Committee of the Alaska Republican Party poured over $30,000 into his opponent Gattis’ campaign. Despite resistance from the Republican establishment, Christopher won the primary by 71% of the vote. In the general election yesterday, Christopher defeated Jamin Burton (independent) with 79% of the vote.

A new kind of politician

“First and foremost, I am a man who loves his family and who seeks to glorify God in everything I do.”

Kurka is a man of principle and integrity. He is devoted to God, to his wife Haley, and their 4 young sons. He states that he is “unequivocally pro-life” and believes he has a “God-given call” to influence government for righteousness:

“We have listened to one promise after another from politicians who are pro-life on election day but refuse to lift a finger to fight against abortion-on-demand once elected. I believe this must stop. But not only do I believe it must stop, I have spent a large part of my life fighting for it to stop.”

Now that he’s been elected to the Alaska House of Representatives, Kurka is committed to passing a Life at Conception Act and to end all taxpayer funding for abortion.