The Men’s March: Repent and Be Men of God

By Deborah Stilt — On June 12, 2021, men from across America will gather together for the first-ever National Men’s March, calling for an end to the government-sanctioned killing of pre-born children made in the image of God.

Every aborted child has a father

For too long now, men have been told they have no say when it comes to whether their pre-born children live or die. And worse—they have believed it. In accepting this lie, men have shirked their God-given responsibility to safeguard the family and have, instead, been complicit in the deaths of their own sons and daughters. 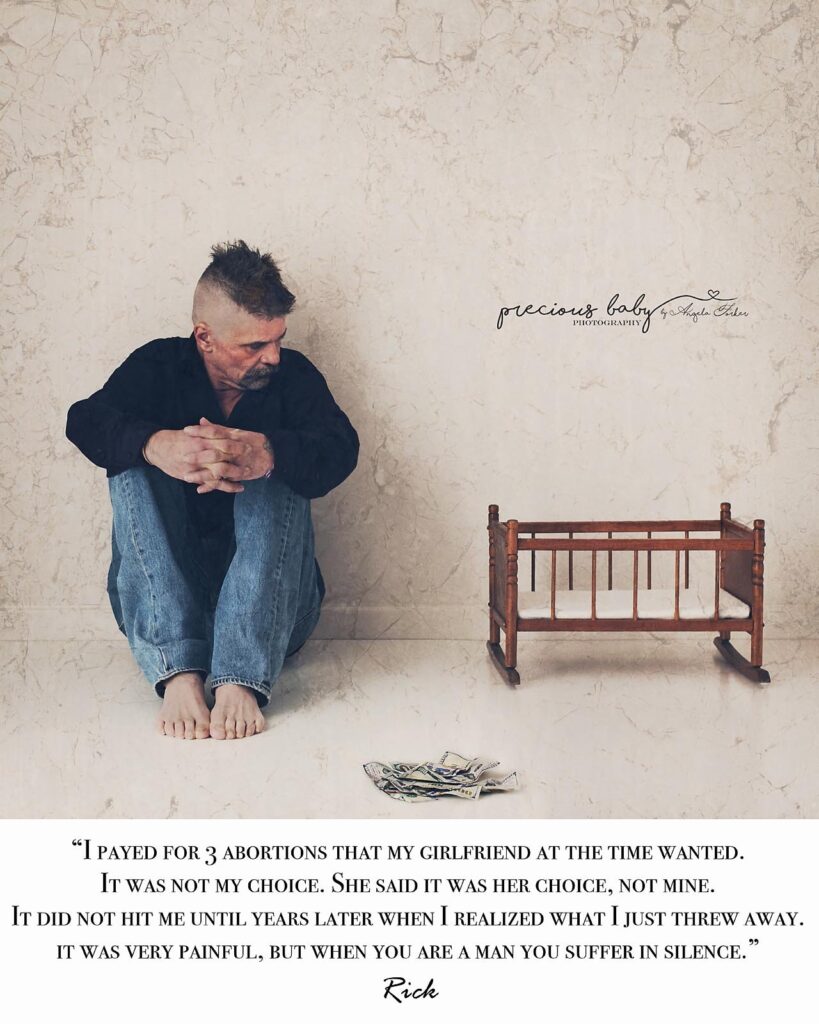 By Angela Forker, After the Abortion Photography Series

The Men’s March is the first step in a national men’s movement that strives to unite men, call them to repentance, and return to God’s design for men as protectors, defenders, husbands, and fathers.

“Thousands of children are being murdered every day, under our watch. Now is the time to invite men to really face that—to repent and begin again with God. What are we going to do going forward?”

Men are silenced because their voices are powerful

A significant contributing factor in whether a woman chooses to take the life of her child through abortion is whether she feels the father will stand by her in raising their child. Demanding that men stay silent, insisting that they not have an opinion regarding the life and death of the child they helped create (except to support that child’s death), is to demand that they be cowards, immoral, or both.

And cowards are not what God created men to be.

Men were created, by design, with inherent purpose. They possess courage and conviction imbued in their souls by God Himself. Men are called to lead in righteousness and with strength of character. To be honorable. To protect and provide for their wives and children.

To emasculate men with the lie that it’s “her body, her choice” leaves men feeling powerless and worthless, because legally, there’s nothing they can do to stop their own flesh and blood from being killed.

It’s time for men to take back their power. It’s time for them to lead and take their rightful place as husbands, fathers, and protectors.

“There is something very important about this first event. Something very powerful about the men that are called and drawn together. We live in this time and this is what we are facing – the Lord wants to use us.” – Jim Havens

Organized by Jim Havens, founder of Love Will End Abortion, and Father Stephen Imbarrato, a post-abortive father and Catholic priest, the Men’s March hearkens back to the legacy of Martin Luther King, Jr. In the tradition of the early Civil Rights movement, men will gather, dressed in suits, with a sense of dignity and professionalism. The vision is one of men “at their best,” locked arm-in-arm, singing traditional hymns; united together, standing up as men to protect the most innocent, the most defenseless.

No signs will be held. Just one simple banner will express the clear, unified message:

The closest airport is Reagan National (DCA). All men are encouraged to get the word out and do what it takes to be there.

“It is a grace of the Holy Spirit that the Lord is stirring this up at this time, and it is for a reason. We are relying on other people to catch this vision and promote it. There are a lot of men who, when they first hear about this, know that they want to be there. Please consider any obstacle you have to being there and pray about it – maybe there’s a path to overcome.” – Jim Havens

12 comments on “The Men’s March: Repent and Be Men of God”