A high cost: Religious freedom and COVID vaccines in the military

By Deborah Stilt — Today, as America celebrates the founding of our great nation and the liberties we enjoy, let us remember our military brothers and sisters who remain in the trenches, fighting for religious freedom from mandated COVID vaccines. One soldier’s battle against these mandates is a costly one for his career and for his family.

As Americans, we are blessed with a rich heritage of liberty and freedom, particularly religious freedom. We honor our nation’s founders who established the principles upon which this nation was built, the heroes who fought and died to secure them, and the legacy we have inherited.

For generations, our military service members have continued to protect and defend that hard-won freedom, which we still enjoy thanks to their service and sacrifice. Yet, ironically, while we celebrate today with our barbecues and fireworks, thousands of these brave men and women are being denied the very liberty that prompts our celebration—the very freedom they have dedicated their lives to defend.

Across the military, an estimated 150,000 service members have refused to submit to a mandatory, abortion-derived, COVID injection because it violates their deeply held religious convictions. Thousands have already been discharged for refusing the vaccine, with many more expected in the coming months.

But these soldiers are not numbers. Behind the uniform, each one is a real person and a fellow citizen, standing with integrity at great personal cost.

Ryan,* a devoted husband and father, and an Air Force Reserve Airman, is one of these courageous heroes battling COVID vaccine mandates. Ryan was active duty for 9 years and has been in the Reserves since 2018. He loves the Air Force and is proud of his contribution.

“I wanna be a 20 year guy, I really do. That’s the biggest frustration, to not be able to do what I’ve wanted to do and what I’ve trained to do.”

He requested an exemption to the mandate because he objected to the use of cell lines derived from aborted fetal tissue in the development and testing of these vaccines. He and his wife Natalie* are devout Christians who affirm that to inject such a product into one’s body is to be complicit in the murder of children.

“We believe that murder is immoral and wrong. We also believe that those children who are aborted on a daily basis are being murdered.”

Ryan’s request for a religious exemption was denied, as was his appeal.

On May 11th, he was informed that he is no longer allowed to participate in his drill. Without this participation, Ryan does not receive any pay or points toward a good year in the Reserves, effectively cutting $1,100 a month from their family’s paycheck. His retirement from the Reserves could also be delayed or even nullified.

Ryan also received a Letter of Reprimand (LOR) for his decision not to take the COVID vaccine. The Air Force skipped the typical first step in the disciplinary process (the Letter of Counseling) and went straight to the LOR. He submitted a rebuttal but is expecting a second LOR soon, which will begin the discharge process.

In any family, the loss of income and career is a devastating blow, but Ryan and Natalie just welcomed their second child—a baby girl who is currently in the neonatal intensive care unit (NICU). Concern for their daughter’s health has been compounded by financial worries and the impending threat to the family’s insurance status. Without insurance, their daughter’s stay in the NICU will be very expensive.

“Our daughters are the reason my husband is fighting for the right to remain in the Air Force.” 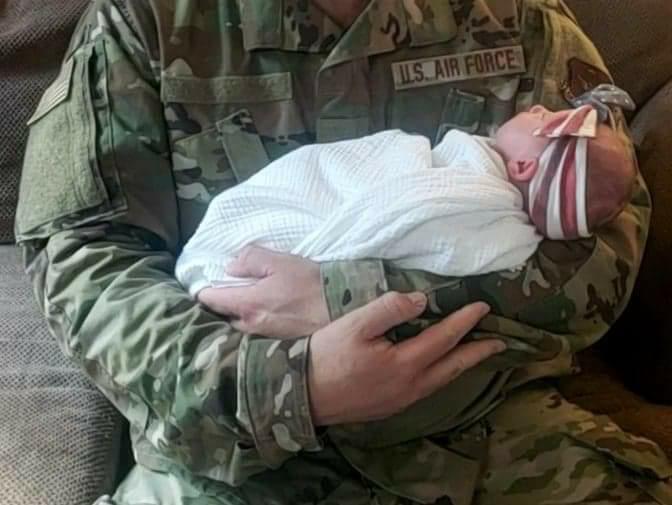 Ryan is expecting to be pushed to Individual Ready Reserve any day, which will separate him from the Air Force unless a major event or national emergency occurs. Even under this pressure, he stands firm in his convictions, refusing to submit to an abortion-tainted COVID injection.

*Names have been changed to protect identity.

This Independence Day, as we honor our nation’s founders and those who fought to establish the liberties with which we are so richly blessed, may we also recognize today’s freedom fighters who carry on their legacy. They are true heroes and patriots, courageously standing up for what’s right in the face of enormous opposition and personal sacrifice.

We ask that you prayerfully consider a contribution to Airmen for Religious Freedom’s GiveSendGo fund. They could greatly use your help and appreciate your support!

10 comments on “A high cost: Religious freedom and COVID vaccines in the military”