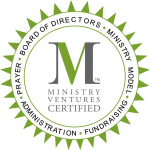 The Personhood Alliance is a Christ-centered, biblically informed organization dedicated to the non-violent advancement of the recognition and protection of the God-given, inalienable right to life of all human beings as legal persons, at every stage of their biological development and in every circumstance.

Personhood is the essential right to have human rights

In Roe v. Wade, the United States Supreme Court ruled that the pre-born child was not a person and therefore, did not enjoy the same constitutional rights as other human beings.  According to Roe, the status of a human being depended on his or her level of development. While rightly overturned in Dobbs v. Jackson’s Women’s Health, the court still failed to extend constitutional protections to the pre-born.

As Christians, we reject abortion as murder and seek to stop the killing of pre-born children. We also seek to protect and defend human life and human dignity from other current assaults like assisted suicide, euthanasia, trafficking, disability discrimination, and destructive repro- and bio-technologies, as well as emerging technologies like transhumanism and genetic experimentation. And we work to uphold God’s design for marriage, sexuality, and gender; specifically battling against the targeting of children for sexual exploitation and endangerment.

Personhood is the only consistent defense against all assaults on human life and human dignity in the 21st century.

Roe v. Wade was a perfect example of relativism in the law.  As the word implies, relativists believe that everything is relative, including our right to be born. The personhood movement rejects relativism and proclaims that our inalienable rights are universal, inherent, and essential to humanity.

These rights are derived from God, not from any man-made law or government and regardless of our nationality, race, religion, social or economic status, or any other constructed classification.

SCIENCE IS ON THE SIDE OF LIFE

The argument for abortion is based on the deceitful premise that we simply can’t determine when life begins. But why is this determination so difficult when it comes to a human baby, and yet so simple when we are looking for life at the bottom of the sea or in space? A human life can be easily defined by the existence of a human organism with human DNA. Our refusal as a society to protect the child in the womb is an injustice founded upon an ideology that’s in opposition to both faith and reason.

we must Take a Stand

The Personhood Alliance seeks to uphold a moral standard that, sadly, has been abandoned by many in the pro-life movement.  We do not advocate any one particular legal or political strategy as much as the adherence to universal moral principles. We believe the pro-life movement has done great harm to its own ability to succeed by promoting legislation that abandons children conceived in rape, children with disabilities, and other politically unfashionable groups of human beings.

We also believe in the principle of subsidiarity.  The pro-life movement has made a mistake in delegating the responsibility for social change to judges and politicians. Evil must be confronted by each and every one of us, especially at the local level. If we believe that an unjust law is no law at all, then we must be willing to act like it.