Utilitarianism in the Pro-Life Movement

When the pro-life movement compromises its fundamental first principle in the push to end the destruction of human life, at whatever stage, we actually embrace Utilitarianism. We believe we need to create the greatest good for the greatest number in order to eventually win. 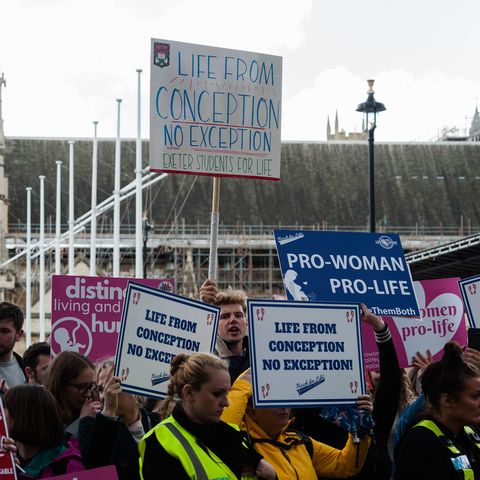 Even though the fight for equal rights and equal protection for all human beings has political and social battlegrounds on which we must operate, we can never forget that the sanctity of human life is a Gospel issue. Therefore, the work of the pro-life Christian—the work of bringing light and hope to a lost and broken world—must be motivated by the ways of Jesus and built upon a simple truth: Every human life is valuable, from fertilization to the last breath, because every life is created by God, in His image, for a specific purpose.

Because we are Christians in the battle for life, we cannot continue to allow government to define a right that has never been its right to define. We must decide which path to follow:

These two very different paths define the pro-life movement today, and they have fractured it more than once. Both paths seek to end the destruction of human life as soon as possible, while understanding that the battle is a marathon, not a sprint. But one path supports temporary gains that exempt certain groups of humans from protection, and the other does not. Although arguments for compromise and exceptions are powerful, they actually align with one of the major philosophies at the foundation of the culture of death: Utilitarianism.

Utilitarianism measures morality as the greatest good for the greatest number. It prefers the good of the group over the rights of the individual and values usefulness and societal contribution. Advocates for “choice” often embrace this philosophy without really knowing what it is. But it forms their justification for abortion to lessen the burden of poverty, for example, or to curb population growth, or to use aborted fetal remains for research. It also becomes the rationale for euthanizing the terminally ill, creating human-animal hybrids for the advancement of science, and creating and destroying millions of embryos for their potential to someday treat disease.

When the pro-life movement compromises its fundamental first principle in the push to end the destruction of human life, at whatever stage, we actually embrace Utilitarianism. We believe we need to create the greatest good for the greatest number in order to eventually win. We are saying that the good of the group overrides the rights of the individual, and in turn, we abandon our moral fortitude. As a result, we leave tens of thousands of bodies at abortion facilities every year. We literally sacrifice our unborn brothers and sisters for incremental gain, because they have an extra chromosome, a bleak prognosis, were conceived in rape, or simply got swept up in “life of the mother” misconceptions.

We promise to go back for them, but we never do.

Most of the national pro-life leaders, in their noble quest to end abortion, have embraced these deadly compromises. But that doesn’t mean we have to. It doesn’t even mean we should. To truly bring about a spiritual awakening in America (which we very much need) and to turn the lost and broken-hearted towards Jesus (which is the very mission of His Church), we must first seek reformation in ourselves. We must re-align with our fundamental first principle and reject any philosophy that sets itself up against the Word of God. Only then can we truly end the legalized killing of unborn children through principled policy, activism, and outreach.