Many organizations use petitions solely to build their email lists and raise money, but they don’t leverage the power of the petition to actually make change happen. Personhood Alliance’s petition strategy is different. We have hand-delivered hundreds of thousands of signatures in-person, directly to our petition targets, including the FDA, the HHS, universities, Congressional offices, and even the American Library Association! We believe in the power of The People and appreciate your trust.

Add your name to this ongoing, rapidly growing petition to restore personhood to every human being, at every stage of development, and in every circumstance. 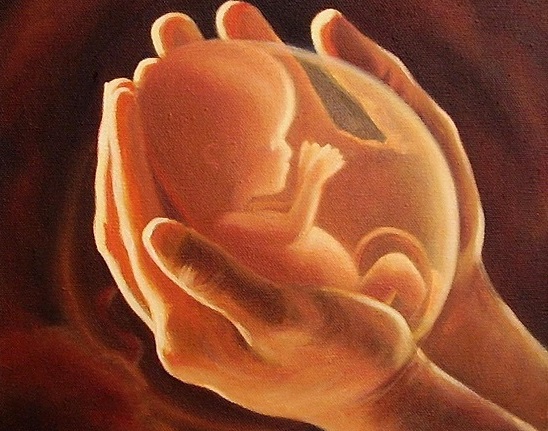 Featured petition: Tell the NEA to promote education not abortion

At the most recent representatives’ assembly of the National Education Association (NEA), motions were presented and passed on a series of issues that can only be described as godless. One of those items that passed—a pro-abortion, anti-family declaration titled New Business Item 56—officially announced the NEA’s support for the killing of pre-born children as a “fundamental right” under the guise of bodily autonomy, “especially for women, youth, and sexually marginalized people.” Yes. You read that correctly.

The NEA supports abortion for students.

This aggressive and disturbing stance does not represent the majority of teachers who belong to the NEA, but instead, parrots a radical agenda that represents the godlessness of the Left. But this story gets even more disturbing. Two motions—one urging the union to “re-dedicate itself to the pursuit of increased student learning” and another calling for teacher preparation programs and training to focus on “commitment to students and their learning”—did not receive the necessary votes to pass.

Sign our petition to tell the NEA to stop supporting the killing of children and refocus on actually educating them. 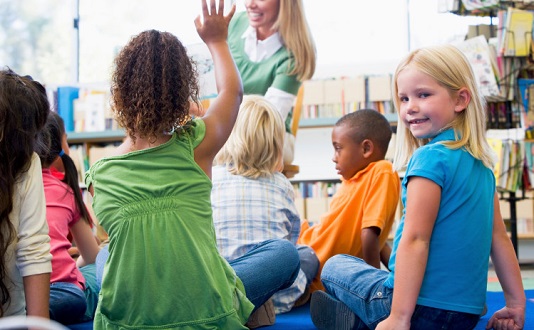 “We are taking this petition to Congress to ask them to investigate how the NEA is pressuring teachers who disagree with this new resolution and who deviate from its far-Left social policies.”

A few weeks ago, the American Medical Association (AMA) partnered with the last abortion facility in North Dakota and the Center for Reproductive Rights to file a lawsuit to stop requiring abortionists to tell women about the life-saving abortion pill reversal treatment, calling it “wholly unsupported by the best, most reliable scientific evidence.”

Over 800 physicians who use the abortion pill reversal protocol, and the 750 babies who have been saved by it, beg to differ.

The lawsuit also seeks to overturn another North Dakota law that requires abortionists to inform women that abortion ends “the life of a whole, separate, unique, living human being.” In its opposition to basic biological science, the AMA says this law forces “a controversial and ideological message about fetal personhood that is unmoored from medical science.”

Sign our petition to tell the AMA to stop its political and legal attacks on North Dakota and return to promoting legitimate, ethical medicine—NOT abortion! 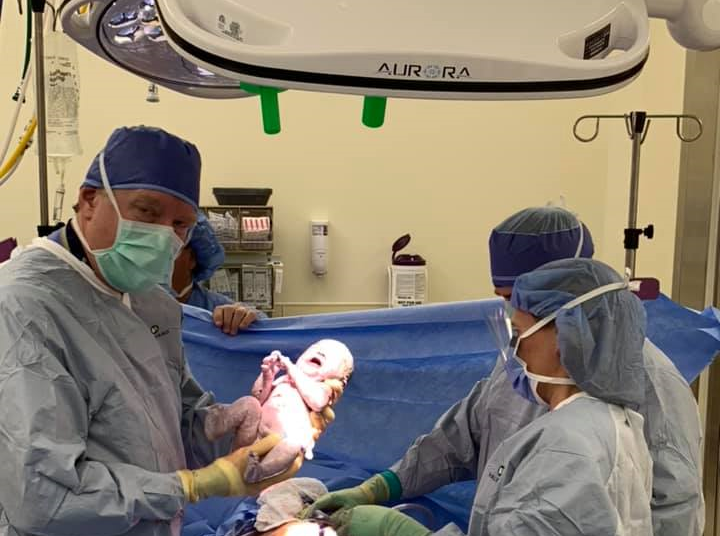 Dr. C. Brent Boles, a practitioner of the abortion pill reversal treatment, delivering a baby saved by the protocol

“The only thing ‘unmoored’ from reality and from science is the AMA’s position on this issue. They are not advocating for women; they are advocating for abortion, and that’s not the same thing.”

Featured petition: Tell the ALA to stop pushing drag queens on our kids

You’ve probably seen the reports on drag queen story hours popping up at libraries across the country and heard the news about local communities that banded together to shut them down. Perhaps you wondered what was really going on behind the headlines. Personhood Alliance Education’s research has uncovered the real story here.

These events and others—like explicit sex-ed workshops, pornographic book displays, and drag costume tutorials for teens—are part of a much larger, taxpayer-funded partnership between LGBTQ advocacy groups and the American Library Association (ALA). This alliance has been years in the making, and its reach and influence are deeply disturbing. The ALA is even instructing local librarians how to “sneak” the LGBTQ agenda and drag queen story hours into resistant communities.

Sign our petition to tell Loida Garcia-Febo, the President of the ALA, to stop using taxpayer money and the influence of the ALA to push a corrupted morality on our children. 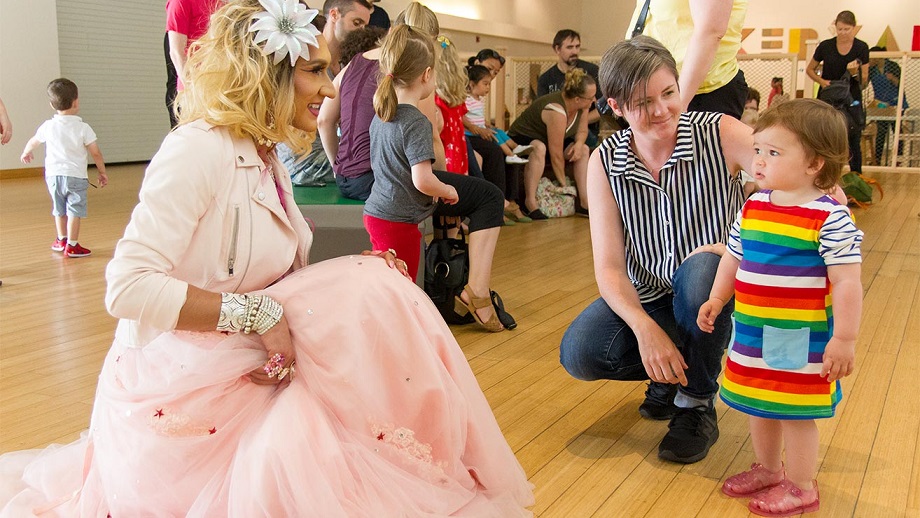 The American Library Association is part of an intentional, taxpayer-funded effort to corrupt God-designed sexuality and gender

“Any attempt to separate, twist, or alter any of God’s design elements (life, marriage, family, gender, and sexuality) is an attempt to usurp His authority. This is nothing less than intentional corruption of the very nature of God’s wholistic design for the human person; the stripping away of meaning, function, and purpose.”

Featured petition: Tell Netflix to back off Georgia

Netflix’s chief content officer, Ted Sarandos, has vowed to “work with the ACLU and others to fight [Georgia’s heartbeat law] in court.” This certainly isn’t the first time Netflix has brazenly gone up against the pro-life, pro-family worldview, but for thousands of Christians, the attack on the heartbeat law is the last straw.

The Personhood Alliance and our affiliate Georgia Right to Life believe that ALL human life should be protected from conception and without exceptions, so we do not support the law itself. However, we can all agree that Hollywood’s attack against Georgia is an attack against all pro-life Christians. We can and should unite on this.

Sign our petition to send Netflix a strong economic message and commit to cancelling your subscription (or if you don’t have one, asking a friend or family member to do so). Tell Netflix you won’t give them a single dollar to help pro-abortion organizations attack the state of Georgia. 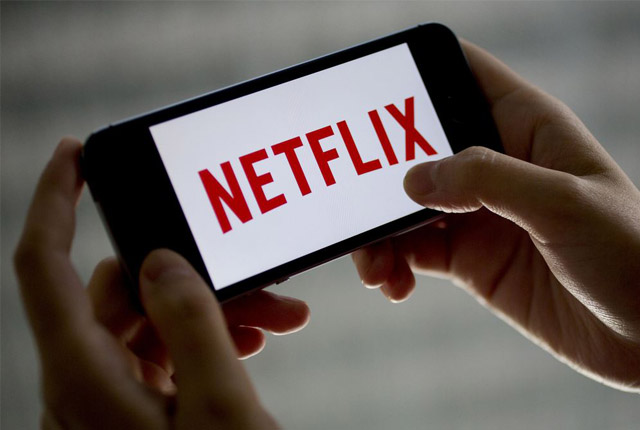 Netflix was the first studio to come out against the GA law. Others like Disney and WarnerMedia have now followed.

“We have already seen Christians lose their businesses and their jobs for refusing to violate their Christian conscience. We must stand up to these bullies now or risk greater and greater persecution.”

Ending the FDA’s taxpayer-funded trafficking of aborted baby body parts, calling out pro-abortion politicians for supporting infanticide and euthanasia, standing against the censorship of Christians, and demanding our pro-life legislators do what they say they believe—these are just a few of our petition initiatives that have helped us hand-deliver hundreds of thousands of signatures directly to our petition targets!